I know I’m tragically overdue in posting a review from a concert that occurred more than three months ago, but this is my blog, so complain somewhere else.

D and I decided to take a trip to Vegas in December, and, knowing how much of a fan of Celine Dion I am, he surprised me with tickets to her new show at the Coliseum at Caesar’s Palace.  We sat about 13 rows from the front, in the front left section (facing the stage, on the aisle), and I seriously would have piddled my pants if she had come down my aisle, as she did on the other side, causing fans to garishly climb all over each other in an attempt to shake her hand.
(Oh, who the frak am I kidding?  I would have knocked those bitches to the floor to get to her.)
I saw Celine’s first show back in 2005, a big flashy affair on a stage built especially for her, and designed/produced by Franco Dragone, the man behind Cirque du Soleil.  I remember marveling at the size of the stage and the massive LED screen (at the time, the largest in the world).  This second go-around was a quieter affair, barely using the full scope of the stage, and, while I still enjoyed it, her second show lacked the energy and excitement of the first.

The staging:
2005:  A huge voice begets a huge stage, built especially for her.  A quarter-football field size, the stage has a wrap-around LED screen that projects images of Celine on stage, fans, and much more.  Platforms and stairs rise up seamlessly, huge cut-outs of musical instruments float across the stage, a dancer in a wedding dress suspended on wires, with a train that would rival that of Princess Diana… Just magical.
2011:  This time around, Celine hardly uses the stage.  She and her back-up band (a 30-ish-piece orchestra that includes strings and brass) move little on the stage, except on large, graduated platforms that are raised and lowered, or brought in from the wings.  The LED screen is not used much at all, although some new effects (3D “holograms” of Andrea Bocelli and Celine herself) are very lifelike.  And her final number – the ubiquitous My Heart Will Go On – features a “waterfall” of lights that is pretty cool as her diva-ness is raised on a circular platform.
The choreography:
2005:  50 amazing dancers fill the stage – pretty frakking awesome.
2011:  Um…none to really speak of.  Celine foregoes all dancers this time, increasing her orchestra size, and then ropes in the musicians for a few numbers.  I actually felt a little sorry for them.  As cool as I think it would be to play for Celine’s show, I think it’s a little unfair to have your classically-trained musicians sit on stools and snap their fingers because you didn’t want to spend the money on dancers.  Bah, humbug.
The voice:
2005: Hits – old and new.  Personal favorites are The Power of Love, River Deep, Mountain High, I Drove All Night and To Love You More.  Transitions are quick and fast.  (On the DVD of the show, a split-screen shows the audience's view, versus the highly-choreographed costume changes backstage, down to the second, including when someone passes her a drink with a straw.)
2011:  The voice is as big and strong as ever.  Say what you will about her saccharine personality (take it down a notch, girlfriend) – Celine has an amazing set of pipes.  She powers through some standards (The Power of Love, Because You Loved Me and To Love You More), pairs with one of her back-up singers for Beauty and the Beast, and the 3D Bocelli for The Prayer, and does a few Michael Jackson numbers.  Disappointments: no Taking Chances from her latest album, too many tears (and way too much emotion) during her solitary French number (Ne me quitter pas), and – Goldfinger?  Oh, honey – no.  It’s a terrible song, doesn’t fit your voice, and should be banished from your repertoire (and that of anyone else).  Transitions between costume changes were less exciting, including a solo fiddler (who took far too long winding up – and down), and a cello trio playing Thriller.  Hm.
Overall, I enjoyed both shows.  The second show was much more simple, and seemed to have a more intimate atmosphere (as intimate as a sold-out 4,000-seat theater can be), but it really was not as exciting as the first.  I suppose when one is seven years older and has had twins in the past year, one can’t be expected to be prancing and dancing around on stage in choreographed numbers with a 50-member back-up team.  And in high heels. 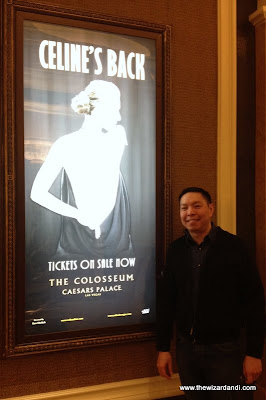 When I was a kid, I didn’t brush and floss my teeth as often as I should have, so when I was twelve years old, I had so many cavities needing fillings that the dentist decided to put me under anesthesia to fix them all at once.  When I woke up, I had a mouth full of metal fillings, a metallic after-taste-lessness from the anesthesia, and a newfound respect for dental floss.  Since then, I have never missed a day (or night) of brushing and flossing.  Even if it’s two AM and I’m dog tired, I still do both.
But despite regular care (and unlike most people, I don’t mind going to the dentist), I’ve never had the best-looking nor whitest teeth.  I have an overbite that I never had corrected with braces because I wouldn’t have been able to keep playing the horn.  Still, I consider myself lucky to have had only one root canal thus far (which was necessary after a swig of ice water was so painful that my eyes started to water), and the only fillings I’ve had since the follies of my youth were porcelain replacements or repairs.
When I was in college, I had my wisdom teeth removed, and had to take two weeks off from playing the horn.  I was fortunate in that only three wisdom teeth had formed, and the dentist took them all out at once, leaving gaping indentations that didn’t fill in for several years.  I knew I was to have only a local anesthetic, so I took my portable CD player with me and blasted the Star Wars soundtrack so I couldn’t hear the drilling.  And there was a lot of drilling – apparently one of my wisdom teeth was so big that he had to break it in half first before extracting it.   I looked like a chipmunk with all the swelling, but still made it to class the next day.
The latest dental saga is my new nightguard, which I got just a few weeks ago.  My dentist says that there’s evidence that I’m grinding my teeth at night, and which might be the cause behind some recent tooth sensitivity, so she recommended getting one.  Several hundred dollars later (none of it covered by insurance, thank you very much), I have my very own custom-fit nightguard that fits over my bottom teeth.  I’m used to sleeping with it now, although I apparently snore more.  The worst part is waking up and having the brush the darn thing every morning, because it gets kinda slimy overnight.  Yuck.
Posted by Christopher at 3/19/2012 11:02:00 PM No comments: